From Muck To Magic. 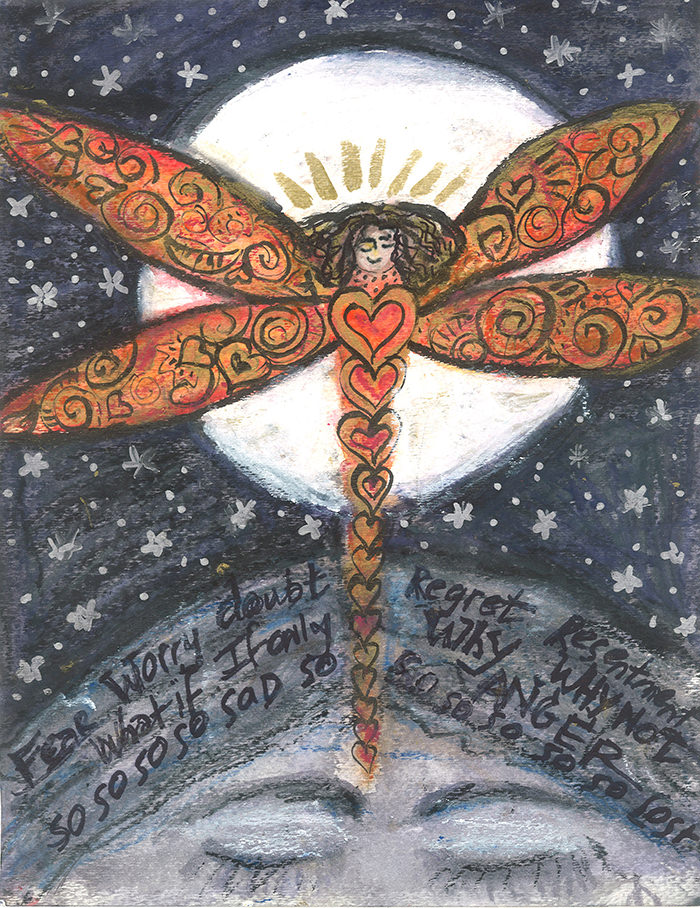 Have you ever been so stuck in the muck that it felt like you’d never get out?

Well, that was me one very dark night last September.

I’ll never forget my husband Will and I just sitting in our backyard, staring up at the full moon.

It seemed to stare back, asking “How could you?”

That was the question we grappled with until 5 AM that morning.

Then, we breathed deeply, opened the door and let someone named “Big John” escort our one and only child out of his bed and into the desolate desert of southern Utah.

Trust me, this wasn’t our plan for the big-eyed, curly-haired boy we miraculously brought into the world. But at seventeen, Landon was a good kid making some really bad choices.

We kept trying to believe he was “just being a teenager.”  But after his third car accident in less than two months, how could we?

It felt like the body snatchers had stolen the soul of our Real Son. And that we had somehow ended up in the wrong movie.

This year was “supposed” to be about prom, graduation, and college visits. Not a therapeutic wilderness program.

We were scared to do it. And even more scared not to.

Looking back, it was naïve of Will and me to think that the hardest part would be deciding to send him away. Little did we know that we, too, would be thrust into our own wilderness.

While Landon was hiking five hours a day with a 50-pound pack on his back, we were left dealing with our own baggage (tons of shame, blame, sadness, anger, guilt, resentment and fear).

While he slept on the ground with a tarp over his head, our only comfort was the knowledge that we were doing everything in our power while we still had a legal right to do so.

And that we loved our son so much that we could accept him hating us.

I’ll spare you the details of our gut-wrenching, soul-searching, heart-opening journey, with all its growing pains and ah-ha moments.

But I will gladly tell you this: many moons later (a few weeks ago), Will and I once again, sat beneath the full autumn moon.

But this time, our son Landon provided the light.

He was back home after a long, courageous, arduous year with his character, his truth and his heart shining through. The night was pure magic.

Not because we had a lavish meal. It was the simple joy of being ourselves together in that moment. (I thought I’d pass out when Landon got up to clear and wash the dishes without being asked.)

Before heading out to reconnect with friends he hadn’t seen for a year, Landon stopped and gave me the biggest, deepest hug ever while telling me how good it felt to have a home-cooked meal. (Who needed dessert?)

Of course, as the days have gone by, we’ve experienced the muck of some of our old family patterns.

But these days, we’re even grateful for the magical messiness of everyday life.

No matter what muck you’re stuck in, here are some things that I learned that might help you:

In my opinion, the fastest way out of the muck is to allow yourself to be in it. To feel those feelings instead of trying to snap yourself out of it.

The sooner we give ourselves permission to be sad, mad, frustrated, worried, powerless, resentful or all of the above, the sooner we can release the “yuck.” And make room for better feelings.

With all the emotional turmoil of this last year, I just couldn’t handle loud noises, trendy restaurants or people who say “been there, done that.”

You know how we swaddle babies to make them feel safe? Well, that’s what I learned to do for myself by carefully choosing how and where I spent my time.

That meant saying “no” to Facebook. And “yes” to yoga and tea every Friday with two open-hearted soul sisters.

I never thought it would be possible.

But after mourning the way we thought things were going to be this year, we came to recognize the gifts in how they are.

The truth is, our son received the education of a lifetime. He has grown immeasurably in confidence, resilience and integrity.

Through family therapy, all three of us gained communication skills applicable to every area of our lives. And we’re learning to see each other through fresh eyes.

I could go on and on about the gifts that came out of our struggle. But I think you’d rather hear this:

The best way to get unstuck from whatever muck you’re in is finding what’s right when things go wrong.

Speaking of muck, I’ve discovered that dragonflies spend most of their lives crawling around the bottom of a pond—up to four years, in fact.

But the whole time they’re “stuck” down there, they’re actually growing their wings.

Let’s face it, we’ve all got muck in our lives. Here’s to helping each other find the magic in it.

If you’ve got a tip or insight you’d like to share, please fly it by us in the space below.